They say that ‘Ignorance is Bliss’, but there is more to it than meets the eye. Terrain by Dr. Andrew Kaufman and Marcelina Cravat is not the ‘ignorance’ or the ‘bliss’. It is the uncensored truth. The trouble with blissful ignorance — sometimes even deliberate ignorance — is that it is unstainable. Every choice has a price.

Dr. Andrew Kaufman, Dr. Tom Cowan, virologist Stefan Lanka, and other brave people in the truth movement have been speaking out, and shunned for it. It doesn’t matter who is right and who is wrong when discussion is suppressed. This has turned into a global human rights issue.

Those in power don’t dictate true science. It has been turned into a religion or cult of fear. Real science abhors mere belief. Instead, it encourages empirical evidence, and vigorous debate in order to evolve as a vibrant field worthy of our attention. This discussion, and by default our freedom of thought and speech has been subverted.

Some people think that ‘this will simply blow over’, and have opted for a ‘wait and see’ approach. Those that still believe in the lies will pay the ultimate price: complete slavery. So watch Terrain, the film, and decide for yourself. 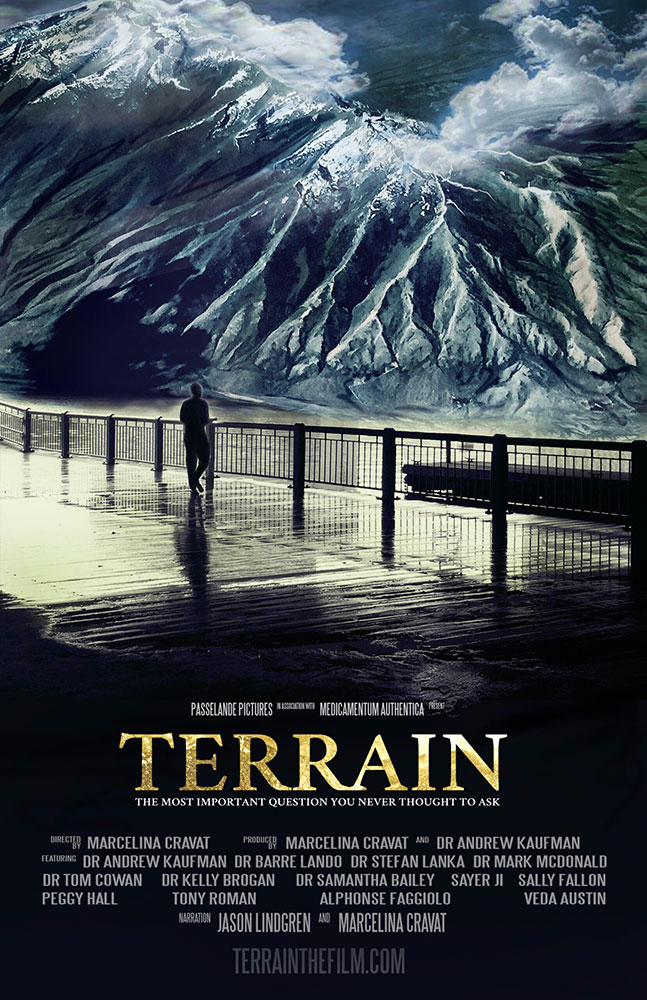 Yes, this is an affiliate link, but the film is free to watch. Should you wish to purchase any product of the extended Terrain, the film package I might receive a small fee in gratuity. I would have endorsed this film even without remuneration. Think, for yourself.