Timelines of the Gods: Are You Included? 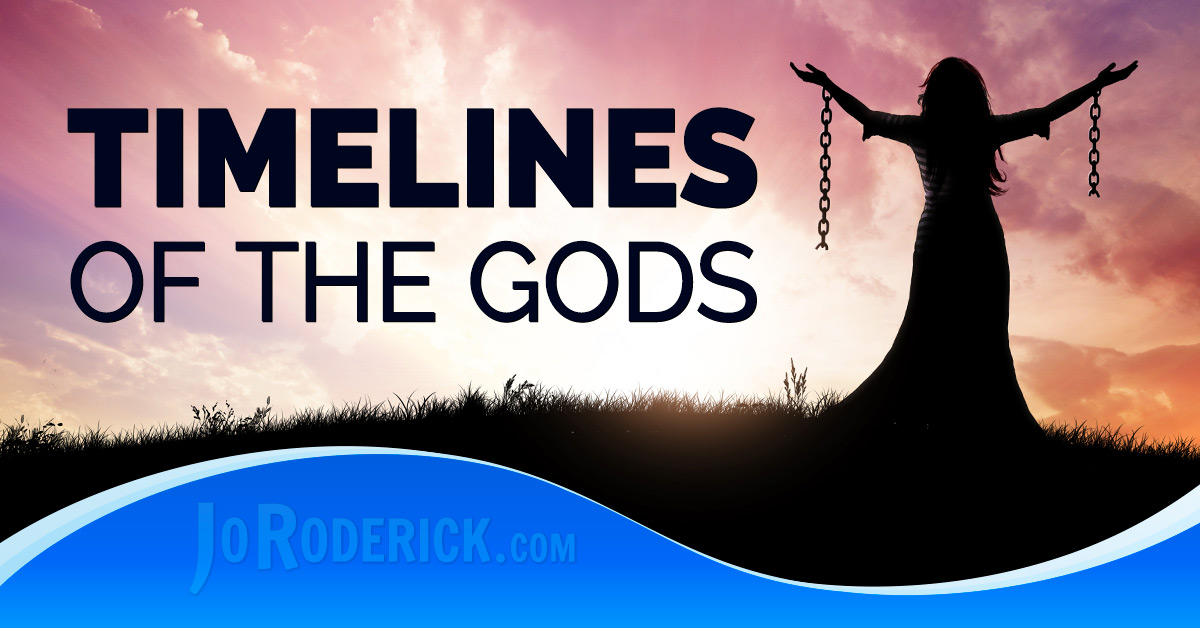 Timelines of the Gods:

One thing I have realised, as a mere mortal, is that there are Timelines of the Gods that we do not always comprehend or even fully grasp. Today, I hope to change this for a few people. Naturally, I’m speaking about timelines of people who have ruled our world for a very long time. One could call them Gods, but they aren’t. They are as far from goodness as one can get.

When we consider time — and if you have read anything I have written or said about the subject, you will know it is a manmade construct — it is from our own short, mortal existence. We are born, we live, and then we die. This is usually achieved within 0-100 years. To an individual, that might seem like a long time, but to the ‘Gods’, it is just the changing of the guard. You see, they do not plan things for a mere few years.

A good example of this, are the huge conglomerates that have plans far reaching into the future. Big businesses no longer compete, because in the long run, it is cheaper and easier to buy up the competition, and shut it down. Does it sound crazy? Do the financial maths and then come back to read this article.

Similarly, the Timelines of the Gods are also as far reaching. It isn’t just about business: it is about global domination. It’s so large and all encompassing that most people won’t even believe it. You know … it’s a global conspiracy! There is no better place to hide the scary truth than in plain sight. No one believes crazy people, right? Therefore, they do not need to be overly secretive. They tell us on the news what is going on, and no one believes otherwise. Would your government lie?

When considering a successful person, we tend to think of an ambitious, wholesome individual that scrambles upwards at all costs to be top dog. Power-hungry politicians are especially prone to projecting this image about themselves, but it’s just that: an image. A nice, favourable projection to garner the voter’s admiration. However, this façade is almost never the truth, and here is where most people will either begin to have doubts about the world today, or call me a crackpot.

No one reaches the top unless they are allowed to. In the case of public figures, they are put there as puppets. Those who are really pulling the strings are seldom in the public eye. Instead. they place disposable, egotistical men and women in those positions because they are hungry for the adoration. These are the expendable marionettes that come and go over time.

If we go back to my original Timelines of the Gods theory, we see that no major plan is brought to fruition overnight. It might seem that way, but that too is by design. It leads mere mortals to erroneously believe that they too can succeed to the same level. It’s the power of control that leads people to believe what has never really been said.

To control the world, a person doesn’t just wake up in the morning and think, “Right, today I’ll rule the planet by lunchtime.” In fact, even in the upper echelons of those that we never see or get to hear about, very few ever rise to the very top. Just go read up about any conspiracy theory involving secret organisations. No, even there, there is a hierarchy, but largely they work together as a group to maintain status quo.

This is where it all works really well, and we could learn a lot from this. However, this is not the case, and we are programmed and socialised to clamber around like worker ants, and squabble over the political issues we are told to argue about. “Keep ’em busy so they don’t notice the truth.” It’s the old saying of ‘divide and conquer’, except very few people actually understand that it’s happening to them … every day. Now, just imagine our world if we did work together, but that is a topic for another article.

You may also want to read:  The World Today (Part 1)

Perhaps you are beginning to understand my Timelines of the Gods concept. There isn’t just one crazy person with a huge ego who just happens to take over the world. There are lots of them, but I digress. Even then, they know their place. It’s a collective effort to keep the rest of us under control. We cannot fully comprehend this because we were not socialised in their world. We are the peasants, so to speak. Therefore, we must educate ourselves.

Since their decisions and plans are formulated for the long haul, strategies put into place today, may only reap benefits a generation or two in the future. We don’t understand this way of thinking, but those raised in their world do. They don’t think of it as crazy, just as most regular people do not think being slaves in our world is just as insane. It’s the norm. Not that it’s right, mind you. There is a difference between normal and righteous.

So, they get away with their ambitions because you do not believe these plans are in place. It works so well because it’s that monstrous. It’s inhumane; callous; sheer madness. Yes, it is just the way they do business. They see us as cattle to do their bidding, and as long as we do as we are told, we remain so. Currently, we are being told what to do, and they are testing how far they can push us through fear. How far will you let it go before you say it’s enough?

This is why there are so many signs in plain sight about what is coming in the future. They are brazen enough to put it right out there for you to see it, knowing that most will not believe it, and call those that do, ‘crazy’. Honestly, you don’t believe anything I have said, do you? Have I made my point? Are you starting to believe me now?

Take back your power by accepting the responsibility of the truth, and you too will become a god, but unlike them, you do not need to rule the world through fear and misery. It is a place for all of us, not just for some to use as their personal playground.

You might also want to read, ‘Censorship in the World Today’.

Who controls the World?