Censorship in the World Today 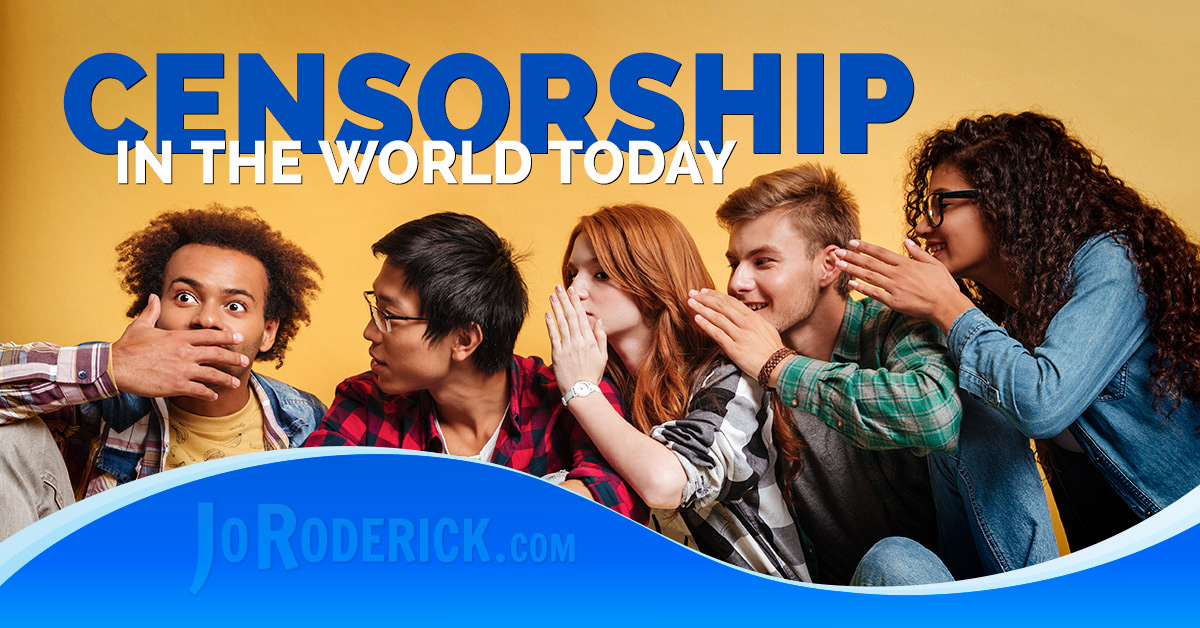 Censorship in the World Today

Is there censorship in the world today? It’s nothing new, as it always exists in one form or another. What concerns me the most is that most people don’t recognise it. You see — and you, my dear reader, do see these things — people are indoctrinated in many ways from birth. Sometimes, that indoctrination is even accidental. Censorship is by design.

So, what prompted this discussion … again? Well, I’ve never been censored before. A few days ago, I was, and it’s simultaneously interesting and annoying. Now, I know … it wasn’t personal. My ego is not that bloated or fragile. It was really an automated reaction by automaton. The key element here is not that it happened, but the subject. Since I do not want to be censored again, I won’t mention the reason … I want you to read these things, after all. You can read all about it here … to get an understanding of what I am on about.

The fact is that censorship in the world today has begun in full force. My question to you is: do you want to be told what to think, or do you wish to think for yourself? We have moved into a world lockdown, and that includes information. It is even possible that the Internet may cease to work, or become so slow that it’s unusable. Don’t believe me? Look at the news from the last day or two.

Having said that, don’t believe everything you read and hear. The best way to avoid indoctrination is to ask yourself; who has the most to gain? It isn’t always financial. Often, it is all about power and recognition. Ask yourself: what does Jo have to gain from writing this article that will probably be suppressed? If you have an answer, do tell me. I need the cash!

Have you heard the saying that stats lie? The truth is that they don’t, but humans do. Statistics themselves are just numbers to be put into context, or distorted into any shape desired. We get plenty of numbers from the news and media, but do they always represent reality, or someone’s ulterior aspirations? It’s very easy to misrepresent statistics to suit a goal. This is one form of censorship in the world today.

Many years ago, there was an advert on television for a facial cream. The company claimed that nine out of ten women saw a noticeable improvement in the condition of their skin after using it for just one week. Take ten homeless women and you can bet they will all see an improvement. Take ten women who already use a good product on their faces, and none of them will see any difference.

You may also want to read:  The Real CoVid19 Stats for the UK!

Similarly, look at all the numbers bandied about in the news. These are designed to generate site hits, and eyes on the television screen. Compare it with other stats, and put it into perspective. How many people died? Well, how many people die of the common cold, or heart attacks? What were the pre-existing conditions of each patient that actually resulted in his or her death?

Just as we have censorship in the world today, we also have controlled output of information. If it is on the media, you can be assured it is what they want you to know. How many independent sources of news or opinions do you subscribe to? I’d suggest that it’s not enough. Find more sources. If you believe everything that is programmed on television or social media, then you are behaving exactly as expected, but it’s highly undesirable for freedom of thought.

Who do you trust? I’m not even trying to sell you anything because freedom is free … or at least it should be. Are you free? Let me know if you are free, and also why you think you are. I’d love to hear from you.

You might also want to read, ‘Are You Crazy?’.

The meaning of Censorship.