Cryptocurrency & the Future of Money 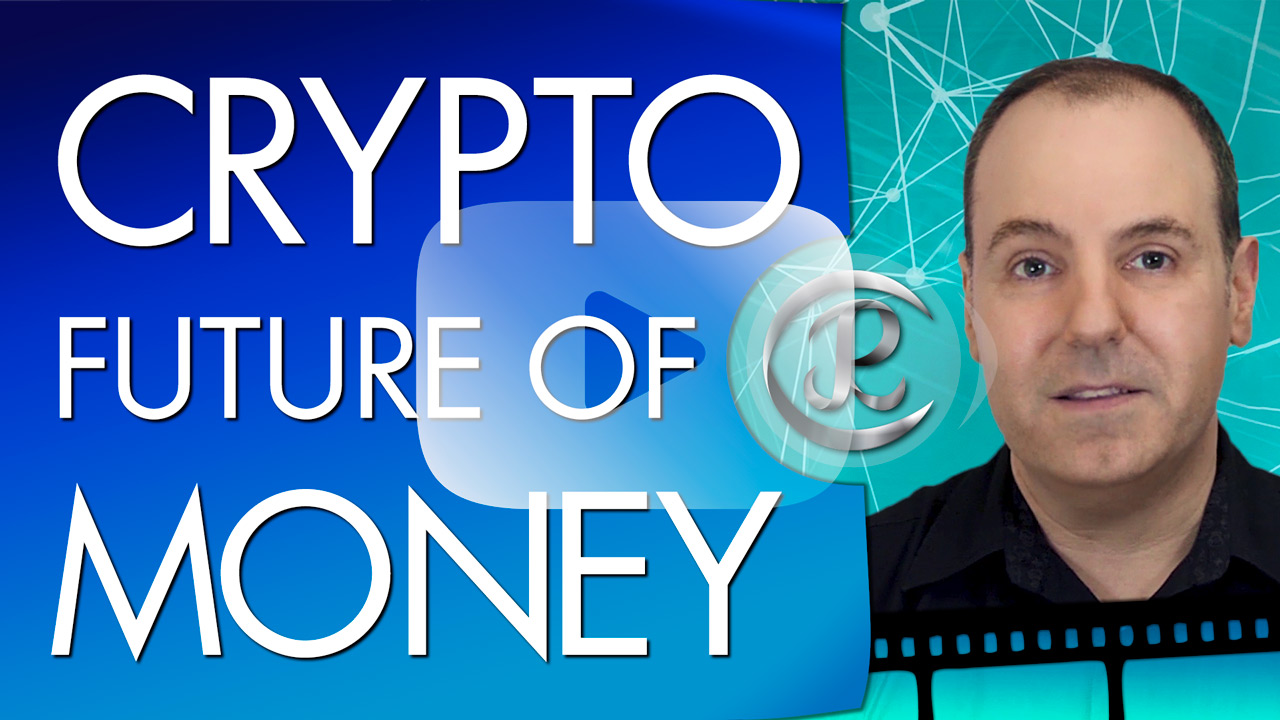 Interested in finding out more about Bitcoin, Ethereum, or any other Blockchain based Cryptocurrency? Right now is the time for the truth.

Direct Link for ‘Cryptocurrency & the Future of Money’

Transcript of ‘Cryptocurrency & the Future of Money’

If you are still undecided about cryptocurrencies, maybe this video will help. Digital currencies are a natural progression.

If you stop long enough to think about it.

Hi, I’m Jo Roderick. My somewhat unintentional life path has led me to formulate various opinions and conclusions about modern slavery. It saddens me to see such a technologically advanced society so enslaved to debt, never completely understanding that this is exactly what the powers that be have prescribed. Tragically, most never seem to understand what true freedom means.

My intense frustration over the last decades has been monumental. Knowing that there was a better way forward, but seeing my fellow man in a terrible rut drove me crazy. Listening to idiots on the idiot box, regularly preaching to the captive finally drove me to publish, and continue doing so.

To some, Bitcoin might seem like a con or a fashionable trend, but it’s been around for nearly a decade. I first heard about it a few years ago, and even then, the principle of decentralisation struck me in a most congruent fashion.

Back then, it was all a little over my head,

… and I only started following with keen interest around a year ago. Now, it fascinates me to note how many of the philosophies surrounding the blockchain movement mirror my own.

For those that do not understand how it works, here is a brief example. Essentially, crypto currencies are digital money. There are no physical notes or coins. Instead, the system is entirely written into what is called a ‘blockchain’. It’s made up of blocks of the code required to keep things running.

Imagine that this blockchain is one massive ledger that exists on every computer involved in maintaining the currency. It doesn’t reside in one particular plane. Every transaction is first verified across the board, and then written into the blockchain. Once it has been written in, it is basically fixed forever.

This is the beauty, and the security of the system.

In the near future, it will do away with the traditional banking system, which has done nothing but rip off its customers from the outset. No one person is in control, and because it is so widely spread, verified, and archived, it’s fundamentally incorruptible.

Many point out the flaws, and yes, they do exist. It’s about as risky as guessing a single person’s banking details on the other side of the planet, only much harder. The encrypted keys are incredibly difficult to guess. Given enough aeons to waste, you will eventually arrive at the correct combination.

You may also want to read:  Where is the Money? (Money Series Prt 1)

Do you still think it’s a fad, soon to go away when the next big thing comes along? Let me put it into perspective. A long time ago, people began bartering. They would use gold, silver, and other precious commodities to make an exchange. When gold became a tad risky to carry around, people began finding other forms of currency.

There were promissory notes, government bonds, deeds, metal coins, and then came paper bank notes. Demand grew, and people switched to the convenience of the written cheque. As the computer age dawned, banks started prompting people to use credit cards. Of course, the infamous credit card never did catch on, did it? No, we’ve continued to carry gold ingots in our pockets.

Banks began pushing people to use Internet banking, but that failed miserably too, didn’t it?

Good heavens, I will never put my money online like those other fools!

No, of course, you did not, so the banks did that for you. Whether you bank online or not, your accounts are all digital anyway. They are there for the hackers and criminals to access even if you refuse to use online banking.

Finally, we have virtual coins … made from real bits and bytes, not like the fake stuff that central banks keep printing out. No, not a single intelligent person would ever seriously consider such a fraud resistant currency that requires little or no trust to conduct a transaction.

Bitcoin began trading at zero point three US cents. At the time of creating this video, it is worth over 7000 dollars. Not a bad return for those early adopters. Bitcoin alone has a market value of 100 billion dollars. I won’t even address the other currencies.

The crypto movement is the new awakening, a computer version of the Dawning of Aquarius. I’m pleased to be amongst so many enlightened people. Will you be an informed and early adopter, or will you resist until the fiat currencies collapse? It’s imminent ….

If you enjoyed this video, please give it a thumbs-up. Do you have any questions or want to contribute to the discussion? Please leave a comment below. If you found this video useful, why not share it with your friends.

Direct Link for ‘Cryptocurrency & the Future of Money’

Where is the Money? (Money Series Prt 1).