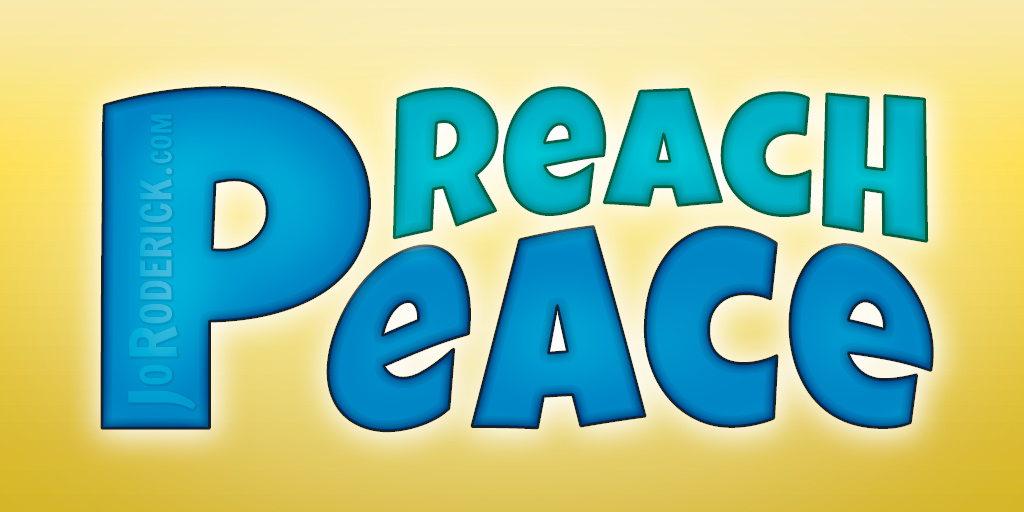 The time has come for all of us to stand up, and be counted. If you still believe you can ignore the issues and that they will all just magically evaporate, then you are not only in for a very tragic surprise, but you are actually part of the problem. If you do not wish to have your comfort zone challenged, or if your bubble is easily burst, you may want to stop reading at this point. Be brave and don’t stop now.

We are heading towards a war that can easily be avoided. If you do not stand against what is happening, or you add your voice to the cacophony calling for death and destruction, you are the terrorist we should fear the most, and I do not fear terrorists.

I am going to walk you through some very simple concepts that seem to elude people I come across. What is terrorism? Well, the aim of terrorism is to install a sense of fear through terror infused tactics. Be it through acts or threats, the main object of terrorism is to scare the crap out of people.

So How Do We Stop Terrorism?

Would you like the straight answer or would you like to keep going to war and letting your children die in vain? The answer, quite simply, is that you cannot stop terrorism. If you are trying to stop it, you are also part of the problem, but allow me to explain further.

People who engage in terrorism do not do this as a hobby or a pastime. This is their passion. They engage in acts of terror because it feeds their ego and gives them a feeling of superiority and importance. It is called the ‘god syndrome’. Go look it up. This psychosis is not going to change because you ‘feel’ it should, or you decide a nice little war will resolve this skirmish. The only way to stop a person or group like this, is to remove the leadership, through either assignation or incarceration. The more you challenge the movement, and the more wars are fought, the more the justification for existence grows. The bullies become the martyrs. In reality, this is all you are achieving.

Smother a fire: do not douse it with petrol.

Terrorism is an acute form of bullying. The only way to combat it is by not falling into the trap. Think about it logically. There are more people who are not terrorists than those that are extremists. So ask yourself the question: why are you so afraid?

Stop the Label of Islamic Terrorism

So why do we need to stop the label of Islamic Terrorism? What happens when we fuel Islamic hatred? When we associate any religion with acts of terrorism, we heighten the emotional quota and give it a sense of validity. We are the ones who create the awareness and the legitimacy of the organisation. Do you really want to be responsible for supporting these groups?

Your words, posts, and communications must not incite religions separatism or elitism, or you, yourself, are responsible for the resulting animosity. When you allow another’s words to roll off your lips, they become yours, and your actions. Ignorance is no excuse and you will be judged by your actions, as well as your words. Do not allow words to emanate from your mouth that you will regret later, for later it will be too late. Let me use a fictional Christian example for contrast and emphasis.

Let us assume Joseph is a Christian. He believes, he wears a cross around his neck, but he is a little nuts. He takes things a little too seriously, and occasionally too literally. One sunny day, he oils his beloved automatic weapon – which is his constitutional right he believes – he polishes the barrel to a mirror-like gleam, loads it, and sets out. He marched into a primary school filled with Islamic children and opens fire, killing everyone.

Surely, he is a Christian terrorist, not so? He is human, a Christian, and he is a terrorist. Should we should fear all Christians, and look upon them all with distrust. On the surface, this is obviously a religiously motivated attack. Now most of you are saying, “Well, that is just a stupid observation and it’s not the same thing at all!” No, I think history has taught us otherwise already. You cannot pick and choose your facts for convenience.

The point is that we must not automatically associate the ‘act’ with the ‘religion’. We must separate the act of terror from the terrorist’s skewed religion beliefs. If we are to remove the ‘Christian’ element from Joseph’s act of unspeakable violence, then we must do so for all other acts of terror. This is the double standard I wish to address.

If we do even a preliminary investigation, we will find that every religion has a fringe element of despots and psychotic members. No religion can claim to be better than another is because every single one has been involved in the most despicable of acts at some point in history. All I ask of you is that you give everyone else the same opportunity to distance themselves from acts of terror.

You may also want to read:  Cryptocurrency & the Future of Money (Money Series Prt 3)

How to Reduce the Impact of Terrorism

So how do we take the wind out of the terrorist’s sails? Before you post an image, or an article to Social Media, and before you verbally assault someone, think about what you are saying. Is it true? If you even have the tinniest doubt of the validity of what you are saying, keep your mouth firmly shut or you are perpetuating and aggravating the issue. This is what terrorism is and how it works. 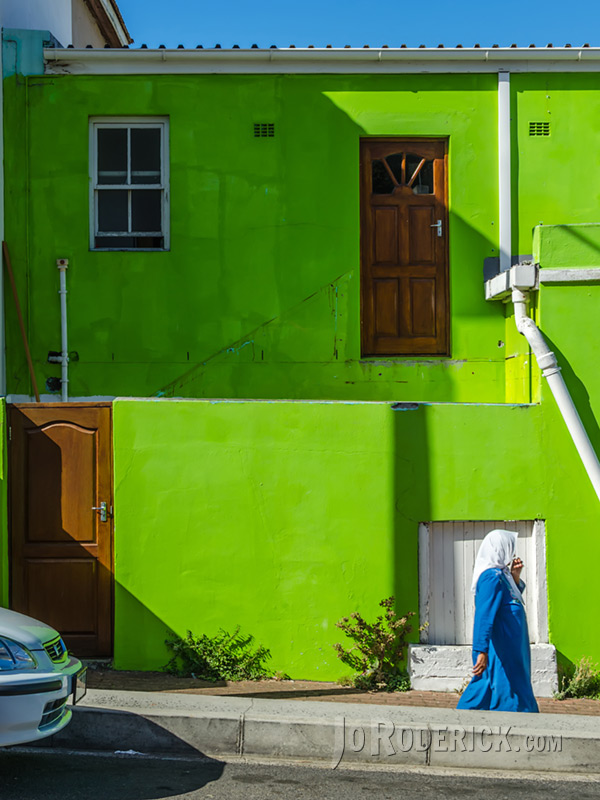 If you are about to post an isolated snippet from one religion as justification for your own personal fears, are you sure a similar one cannot be sourced from your own scriptures? Before you quote, know your facts and know that your own teachings have similar passages too. If you take anything out of context, then you must willingly accept the same done in return.

Some people perpetuate that Islam is anti-Semitic, anti-Christian, or anti-insert-option-here. Even if this is true, we can find as many Jews and Christians preaching the same hatred in reverse. Why is it that a small percentage of crazy people performing acts of terror are allowed to become the standard? Surely, by those principles, I can equally locate all crazy Christians and Jews and look for the events people prefer to hide to justify reciprocal hatred.

Be against the violence, not the religion. We need to stop this automatic, knee-jerk reaction. Stop listening to most politicians! They have a vested interest in uniting people just as terrorists do. This is not an opinion: this is an observable fact. Do not complain if you are treated like a sheep, if you behave as one.

Be logical about things. We should not be so concerned with an ‘Islamic Takeover’. I don’t say this because I am Islamic or in fact religious at all. The facts are all there for you to use, or abuse. Use them wisely, please.

According to a quick search online, we are told around a quarter to a third of the world’s populace is of Islamic faith. Surprised? Are you still scared that they are going to take over? If so, don’t you think you are a little late in worrying about this now? Seriously, give it a deeper thought. If Islam wants to take over the world and beat the rest of us into submission, why have they not done so already?

In Africa, over half of the people are of Islamic faith. No takeover has really happened. Don’t confuse human rights abuses with religious extremists and terrorists. This is the first mistake than any terrorist wishes you to make. Goodness or ‘badness’ is not dependent on religion, but it is often justified with it. “Look at how bad Islam is! They beat their wives and live like animals!” I am pretty sure we can find just as many people not of Islamic faith to fit this description. 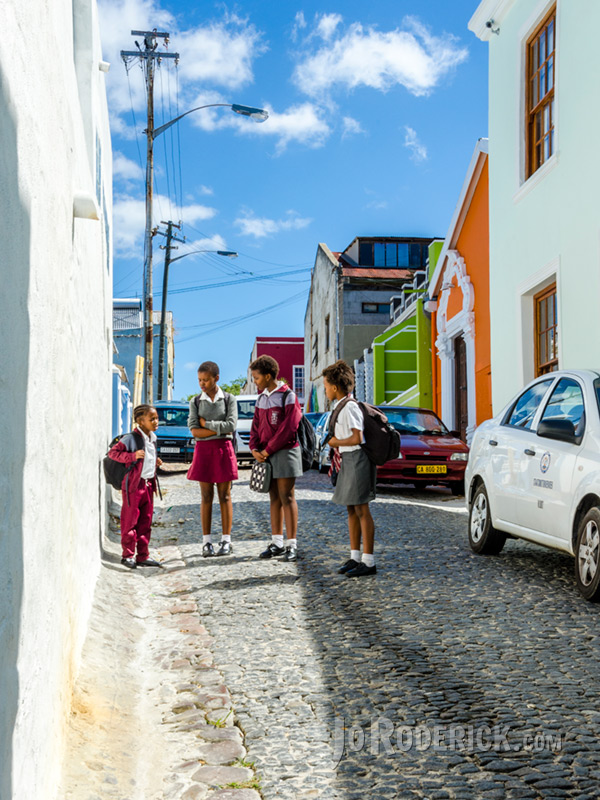 Islam landed on the shores of Cape Town circa 1652 according to some sources. It’s 2015, and still no sign of a takeover. Perhaps the perceived threat is just based on fear, not fact ….

A few years ago, I was walking around Bo Kaap, a predominantly Islamic suburb on the slopes of Signal Hill. While getting the photograph below, I was nearly run over. It wasn’t a dramatic, tyre screeching event. I always joke that I was run over … slowly!

I was standing on a tiny pavement waiting for everyone to pass so I could capture an image without anyone in it when a car began creeping up behind me, pinning me to the wall. The narrow thoroughfare was busy with lots of schoolchildren, and the streets are like alleys in places.

It was an Islamic man who saw this about to happen, and began shouting and waving his hands, swearing loudly at the driver of the car. He got my attention and probably spared me from further injury. The driver was so preoccupied with the people on the other side, that he pinned me against the wall with his fender.

So tell me again, is this an isolated case of a ‘good’ Muslim? I was in his ‘backyard’, taking photos of his suburb, possibly even not being quite as respectful as I would like to think I was, and yet … his regard was for the safety of a stranger, probably not even a Muslim. I feel safe walking around Bo Kaap.

Do you feel safe walking around your neighbourhood? If not, then we need a paradigm shift. If you don’t feel safe now, then just think what you will endure during and after war. If we all go to war, the only ones who win are the terrorists. If you do not believe me, read your history books. There is no reason we should keep repeating this insane practice. Please stop and think before you condemn. The world is already under enough pressure.

Preach peace not violence and segregation.